Mass spectrometry is the ultimate analytical technique for the characterization of chemical composition in gaseous, liquid, and solid samples. Several types of mass spectrometers exist, but time-of-flight mass spectrometers have gained traction in recent years for laboratory applications thanks to their high performance and mechanical robustness.

In the past, in-line and field applications could not leverage the superior performance of time-of-flight mass spectrometers because these instruments used to be large and could not be made smaller without making unacceptable performance compromises. Spacetek Technology’s technology overcomes these limits and, for the first time, makes small and yet high-performance time-of-flight mass spectrometers available on the market. 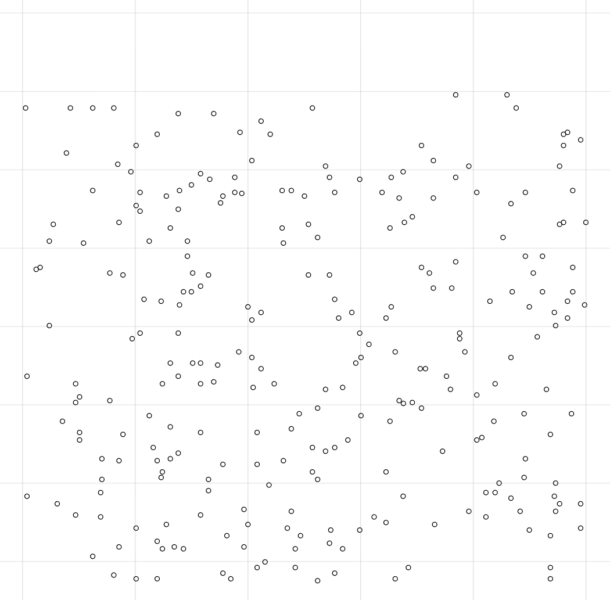 All IonTamer™ instruments are fully controlled and operated over the network. An intuitive desktop software simplifies the operators’ work to acquire and process valuable measurement data. The software development kit offers seamless integration of the measurement data stream into customer’s process control applications around the world. 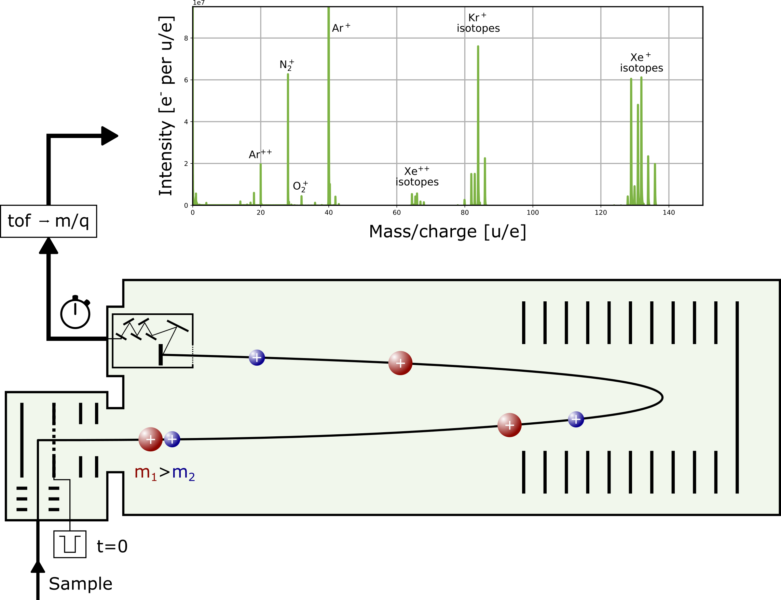 Mass spectrometry is the ultimate analytical technique for the characterization of chemical composition in gaseous, liquid, and solid samples. Several types of mass spectrometers have been developed in the past, with time-of-flight mass spectrometry gaining traction in recent years for laboratory applications where the fast detection of a full mass spectrum with high resolution is of importance.

The basic principle of the time-of-flight architecture is, in a first step, to ionize the neutral gas in the ion source, as only charged species can be guided through an ion optical system. As these ions enter the extraction region, a fast high-voltage pulse extracts the ions into the mass analyzer. Since all species are accelerated to the same energy, but have different masses, they travel along the ion path with different velocities, resulting in the desired mass-to-charge separation. On their way the ions pass an ion mirror, called reflectron, which guides the incoming ions backwards for impact on the detector. The time elapsed since the extraction of the ions until impact on the detector corresponds to the mass-to-charge ratio of the species, which is then visualized as the mass spectrum.

Request a Demo
Applications
Read more
Products
Read more
We use cookies on our website to give you the most relevant experience by remembering your preferences and repeat visits. By clicking “Accept All”, you consent to the use of ALL the cookies. However, you may visit "Cookie Settings" to provide a controlled consent.
Cookie SettingsAccept All
Manage consent

This website uses cookies to improve your experience while you navigate through the website. Out of these, the cookies that are categorized as necessary are stored on your browser as they are essential for the working of basic functionalities of the website. We also use third-party cookies that help us analyze and understand how you use this website. These cookies will be stored in your browser only with your consent. You also have the option to opt-out of these cookies. But opting out of some of these cookies may affect your browsing experience.
Necessary Always Enabled
Necessary cookies are absolutely essential for the website to function properly. These cookies ensure basic functionalities and security features of the website, anonymously.
Functional
Functional cookies help to perform certain functionalities like sharing the content of the website on social media platforms, collect feedbacks, and other third-party features.
Performance
Performance cookies are used to understand and analyze the key performance indexes of the website which helps in delivering a better user experience for the visitors.
Analytics
Analytical cookies are used to understand how visitors interact with the website. These cookies help provide information on metrics the number of visitors, bounce rate, traffic source, etc.
Advertisement
Advertisement cookies are used to provide visitors with relevant ads and marketing campaigns. These cookies track visitors across websites and collect information to provide customized ads.
Others
Other uncategorized cookies are those that are being analyzed and have not been classified into a category as yet.
SAVE & ACCEPT